Or login with email

Why are US spies investigating where Corona was born?

The corona virus was first detected in November 2019 in Wuhan, China, and has since spread rapidly around the world.

Why are US spies investigating where Corona was born?

The world-famous Dr. Kovid's time. Anthony Faucci said in May that he was convinced the virus had spread from animals to humans. But he also admitted that he was not sure if he was born naturally. Speaking at a WHO meeting, the US Secretary of Health reiterated the need for a global and transparent inquiry into the matter.

During Trump's presidency, the virus was often leaked from the Wuhan Institute of Virology, a large laboratory in Wuhan.

If you visit the website of the Wuhan Institute of Virology, which is frequently criticized by US leaders, they say that "the focus is on the health of the country's population, sustainable agricultural development, and international research on biosafety and its role in emerging infectious diseases." There are many other things he has said in it.

WHO standards have been set by the WHO for laboratories around the world. The highest level of BSL-4 is Bio Safety Level 4.

Only laboratories belonging to the BSL 4 group are allowed to conduct research on biological components that may be harmful to humans. The Wuhan Institute falls into this category. The lab was set up in 2015 with the help of French experts and projects are underway with several international laboratories of the WIV.

In November 2019, three scientists at the same Wuhan Institute were reported to have had to be hospitalized before China could inform the world about the corona virus, and the lab was once again in the midst of suspicion.

What has happened so far about 'lab leaks'?

A report in the Daily Mail on January 23, 2020 stated that in Wuhan, China had set up a laboratory to study the SARS virus and that US biosafety experts had speculated that the virus might have leaked.

By the end of January, 13 of the first 41 cases of corona in China had not been exposed to the Wuhan meat market.

On January 30, 2020, U.S. Senator Tom Cotton expressed skepticism, saying that Wuhan is China's only BSL4-grade laboratory that also works on coronaviruses. On February 3, in the scientific journal Nature, WIV experts said that the then-spreading corona virus was 96 percent identical to the virus in the bats it was working on. The allegations were later leveled at the US and Chinese governments.

In February 2019, 27 scientists wrote articles in the Lancet magazine, debunking the 'lab leak' theory. This article was initiated by Peter Dasak. He was president of the EcoHealth Alliance. The same organization funded research at WIV with American funding. In the future, 3 out of 27 scientists suggested that the possibility of a lab leak should be investigated.

On March 27, 2020, for the first time, the US Defense Intelligence Agency acknowledged that the corona may have originated as a result of "unsafe laboratory operations." A month later, the United States cut off financial aid to the Wuhan Institute. Donald Trump put a lot of emphasis on this theory, but he never presented any evidence for it.

But in the run-up to the US election, medical journals and newspapers around the world began to take seriously the possibility that the 'novel corona virus', which causes covid 19, may have been born in a laboratory. 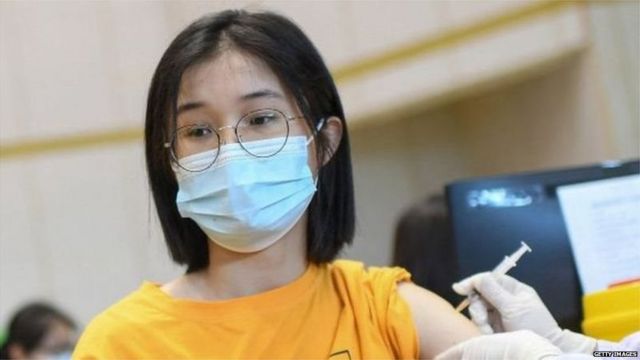 An inquiry into the matter was launched in January after Joe Biden took over the presidency. He asked intelligence agencies to investigate whether the corona virus had transmitted from animals to humans and in which laboratory it was born. The inquiry report was received in May but as it has not come to a conclusion, they have now asked for more inquiries in the next three months.

The claim that the corona virus spread from the laboratory was long disproved due to lack of concrete and credible evidence. Initially, many assumed that the claim was a political ploy or a nonsense. But now, as the evidence begins to emerge, it is becoming more serious.

Maharashtra Lockdown: Lockdown will not be lifted even after June 1 - Rajesh Tope

Sonu… No one trusts you, 13 marriages, 13 children were robbed, Sonu Shinde's gang...